In Bodies and Structure by the Düsseldorf choreographer Alexandra Waierstall, which began in 2018, organisms and structures unfold tirelessly, resiliently, simultaneously fragile and fleetingly in a choreographic process involving one to ten performers and the Arena (1997) by Rita McBride. Trajectories of movement move from flat space to vertical and make use of the enormous incline of the Arena. Moments of relationship and communication between identities emerge and dissolve, become visible, others remain invisible, thus negotiating the manifold challenges inherent in all systems and their specific structures.

On Saturday, the artist Rita McBride will be on site and give an introduction on the Arena. 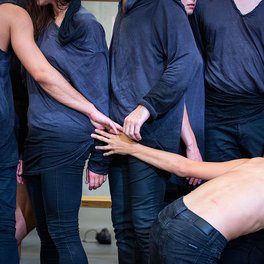 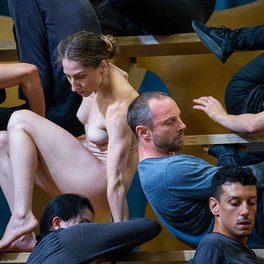 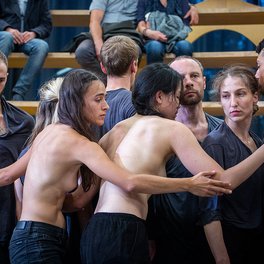 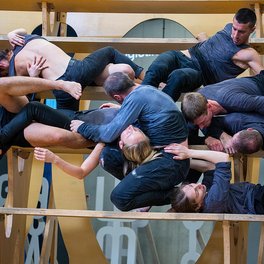 Funded by:
Ministry of Culture and Science of the State of North Rhine-Westphalia, Cultural Office of the State Capitol Düsseldorf, Fonds Darstellende Künste from funds of the Federal Government Commissioner for Culture and Media, Kunststiftung NRW. With the support of: Mannheim Art Gallery