From Dessau to Tanzania and South Africa

The research theme of the Bauhaus Lab 2022 is considered through the prism of anti-apartheid international solidarity movements, and in the formation of ‘camps’ built by the African National Congress (ANC) in Tanzania, as spaces of refuge and education for those fleeing South African oppression in the 1970s and 80s. These Development Centres – including Dakawa and Somafco – were built with support, expertise, and resources from a collection of European countries, including the GDR and nations in the Nordics.

As a necessity of such a topic with international connections and a constellation of global networks, it was considered integral to conduct research on the ground, in both site visits to the camps in Tanzania, and through assessments of archival deposits, largely located in South Africa, alongside the opportunity to meet and interview those with first-hand experience of the ambitious intention of the Development Centres.

Departing from Dessau on the train, the cohort split in half and paid farewells at Frankfurt Airport in order to hop on planes heading to the two southern African countries Tanzania and South Africa. 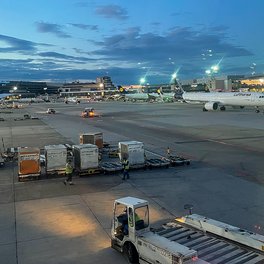 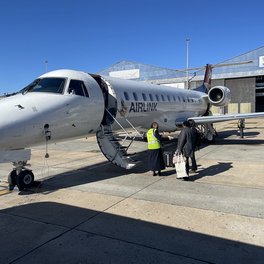 Arriving in Dar es Salaam following a connection in Addis Ababa, Philipp Sack, Joyce Lam, Nokubekezela Mchunu and Lucas Rehnman left the airport to the immediate warm and embracing air of the tropics. From the car, we spotted the occasional Pentecostal church with simple modern design, light blue or light cream, average scale, nothing monumental. We were amused to see stickers of Che Guevara’s face glued in some cars – in ours and a couple of others. In the small garage of the hotel, three employees were ready to greet us, one of them, a young Maasai man, wearing a stylish mixture of traditional garments, flip flops and urban streetwear. The first floor of the hotel is the check in, the lounge, breakfast area and office simultaneously: this already tells us about the practicality imperative in Tanzania and the flexibility (and therefore porosity) of space according to necessity, which does not sacrifice hospitality, functionality and charm. With the sun slowly setting after our check-in, the birds too announce the end of the day, crowing loudly and excitedly whilst flying in a single direction.

The new day’s mission was to travel to Morogoro to explore the Mazimbu and Dakawa camps as much as possible, home to exiled South Africans from 1978 to 1992. We hit the road for a six-hour journey. Peering from the windows of the vehicle, Tanzania reveals itself as a place of intermittent development, pulverized, seemingly random – but surely not – uneven? 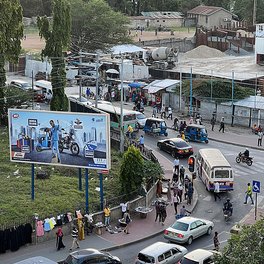 Morogoro itself defies every urbanist or city planner, in the best sense of “defying”. I think that every urban studies student should come here to study. Spontaneous life takes charge of the space. Just as in the description in Manthia Diawara’s book “In Search of Africa”, the entire urban area works as open-air market. Most streets are brownish dry and dusty earth paths for cars, motorcycles, vans, minibuses and informal taxis. The sidewalks are cement made, but all cracked are gradually transitioning slowly to the state of the streets, blending slowly with the soil. In Morogoro streets, life happens intensely: buying and selling, going to school, driving motorcycles, hopping onto public transport, begging, chatting, everything at the same time. Tomorrow, we will make it to Mazimbu. 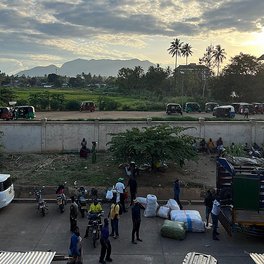 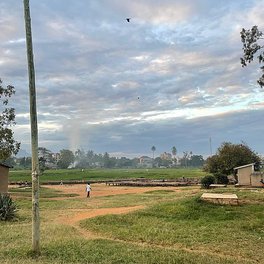 Following a short stopover at O.R. Tambo Airport in Johannesburg, Regina Bittner, Igor Bloch, Essi Lamberg, Esther Mbibo, Michalina Musielak, and Jordan Rowe set off once again in a cosy plane to reach the coastal city of East London. The beautiful south coast of the Eastern Cape will unfortunately remain as airborne pictures on our phones, as it was immediately necessary to hire two cars and drive to our abode for the next three nights in the remote, yet picturesque village of Hogsback in the Amathole Mountains. Whilst hiking and fishing are the usual pursuits of visitors to this area, we surprised the hotel manager by sharing our three-day archival visit plan. After adjusting to a much cooler climate than expected – with temperatures dipping to 1-2c at night – we made an early start on Tuesday as we departed for the nearby town of Alice, home of the University of Fort Hare. 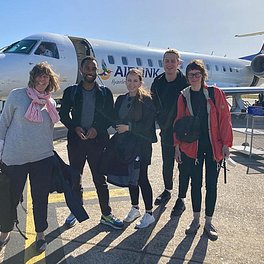 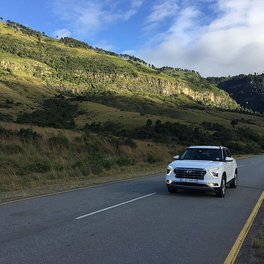 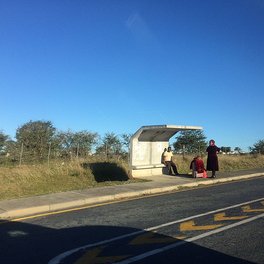 The University of Fort Hare

One of the most important higher education institutions on the continent, the university was the first in sub-equatorial Africa to enrol black students, and counts alma mater amongst Nelson Mandela, Desmond Tutu, Robert Sobukwe and Oliver Tambo. Given the wealth of this history, the university was chosen as custodian of the ANC’s extensive collection of documents during the struggle for democracy in South Africa. These primary resources will prove vital in understanding the day-to-day experience of those working and interacting in the Development Centres, and the complex global networks that led to their existence and continued operation. 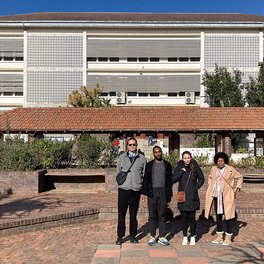 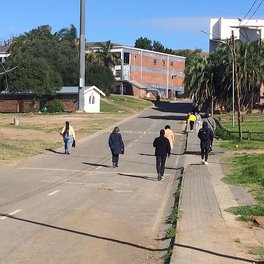 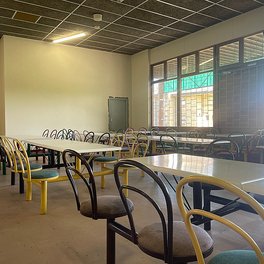 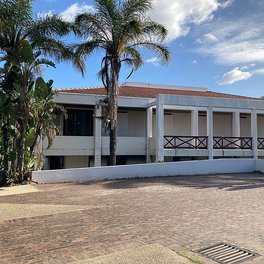 The camps as sites of architectural experiments

Initial surveys of the photographic documentation, visualise how the camps were sites of architectural experiments, with different construction techniques utilised from across the world, including the GDR’s Wall Panel Construction system in the late 1980s. Documents show the extent of support the ANC had from governments in the Nordic countries and the Socialist bloc, with experts regularly travelling between the continents and a wealth of building materials being shipped to Dar es Salaam throughout the 80s, alongside Yorkshire breed pigs, IKEA mirrors, tractors, sewing machines and even soap and washing powder. 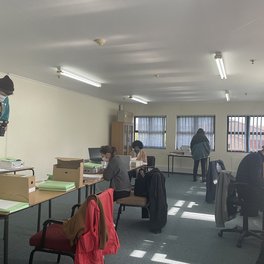 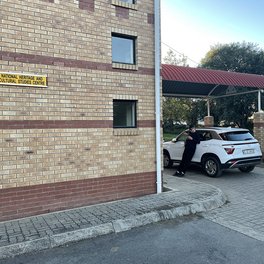 Following our first day, we return to Hogsback at sunset and over dinner and some wine we discuss the key takeaways from our individual surveys of the countless folders shared with us, alongside a chance to catch up with the Tanzanian group in a Pan-African Zoom call. A lot remains to be done, and we have two more days in the archive here, before departing once again for Johannesburg later in the week for a similarly intensive schedule of work. 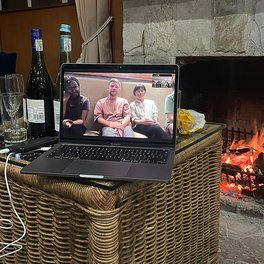 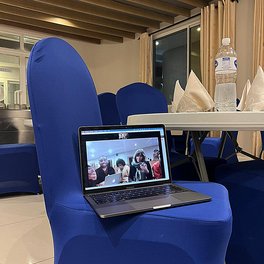 On location in Tanzania

Meters away from where we stood, a Tanzanian flag heaved at the hot breeze atop its mast then recoiled again. With a slight tilt of the head, its arrangement of slanted black and gold bands resembled those of the South African flag. A good omen perhaps? Just one more signature at what we hoped would be the final administrative office for the day, and we could enter the Dakawa campus – one of the former African National Congress (ANC) sites at the centre of our research investigations. We had visited several such offices since the previous day. Each rushed to, then followed by a solemn pause between introductions and requests made on our behalf by the owner of our hotel, then by us. There was an invariable ascension of administrative rank with every office we visited. And also, an ever present visitors book we had to sign. At all times, we were met with warmth and encouragement for our pursuit of the elusive signature.

And finally there it was. In the hand of an officer walking past the flag and towards us standing by our car. She nodded signalling victory then handed the signed permit to us. With eight of us in tow, we could at last drive to the campus.

Up to that point, Dakawa was a hazy apparition of black and white archival photos made a little more vivid by the accounts shared proudly by most officials that day. Driving past the high gated wall with a mural of Nelson Mandela and Julius Nyerere truly felt like a triumph. As did walking through the historic site that sprawled across the acres of former sisal fields. Many of the buildings were left or where possible, maintained as faithfully to their original design. We captured an “after” picture from a similar vantage point of an archived photograph taken during its construction. For posterity. 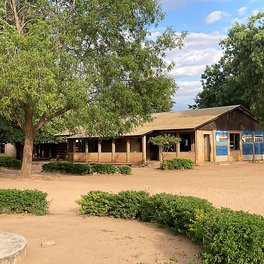 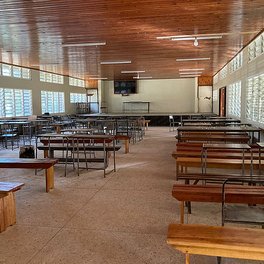 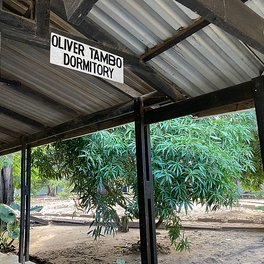 Our guide from yet another office narrated passionately when we stopped and walked about each satellite cluster of buildings. Those still in use he told us, continued to serve the same functions as they did decades ago, following the same ethos. One of which was to be a self-sustaining community by “educating for self-reliance”. Dakawa became a valuable food production centre for the camps in the 1980s; growing and distributing it to the Solomon Mahlangu (Freedom) College (SOMAFCO), its sister campus.

We had visited SOMAFCO, two days prior and were welcomed with what we felt was the same hospitality by which that former camp was established. We were guided around the campus buildings first by the school administrator then by its first ever (now former) principal after it was handed over to Tanzania by Oliver Tambo, president of the ANC between 1967-1991. We were allowed to roam and experience the buildings freely and were given a second, more detailed tour. We learned about the circumstances under which the South African youth arrived, were assimilated (or integrated) into Tanzanian society, trained and educated. Amusing and tragic anecdotes of everyday life and major events painted a picture of a vibrant microcosm and refuge. Now a university campus, the former camp and recently, a heritage site, continues like Dakawa to uphold the educational ideologies initially developed for the exiled youth of South Africa. Who, after fleeing an oppressive educational system had “the doors of learning [and culture] opened” in preparation for a more promising future. 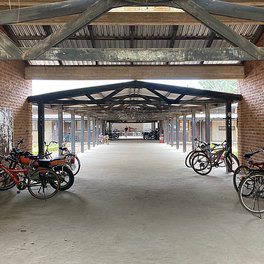 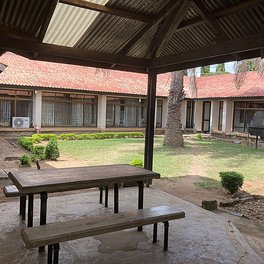