The collection of the Bauhaus Dessau Foundation strengthen their photographic section with the purchase of 39 works of the photographer Umbo (Otto Maximilian Umbehr, 1902-1980). Umbo is one of the most important photographers of modernism.

Besides László Moholy-Nagy, Otto Umbehr is the most important photographic artist to have emerged from the Bauhaus and his work still stands for modernist photography today. Influenced by his early association with the back-to-nature ‘Wandervogel’ movement, Umbehr attended the State Bauhaus in Weimar from 1921 to 1923. In 1926, encouraged by his friend Paul Citroen, he set up a photography studio in Berlin. UMBO's early years as a photographer centred on the bohemian world of actors and artists. The melancholy of the big city became his main theme. In capturing urban landscapes, he trod a very personal path, guided by an aesthetic in which the formal principles of the objectivist "New Vision" were combined with the expressive approach of Johannes Itten, his former teacher at the Bauhaus. During the Second World War, UMBO's studio – and with it his archive – was destroyed in a bombing raid on Berlin. After the war, the artist and his family settled in Hanover. In the 1950s, he created photograms, portraits and photo documentaries, many of them for British clients. UMBO subsequently remained involved in art as a teacher of photography and an employee of the Kestner-Gesellschaft, an art society, but his work slipped into oblivion. Then, in 1979, Spectrum photo gallery in Hanover held UMBO's first solo exhibition since the Second World War. The reappraisal of his work during the 1980s, which began shortly before his death in 1980, is largely thanks to his agent, gallery owner Rudolf Kicken, who had promised him to preserve his life's work and to try to find a place for it in a German museum. 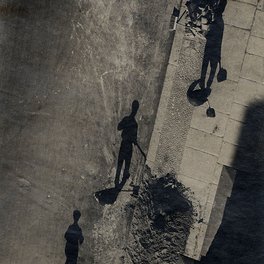 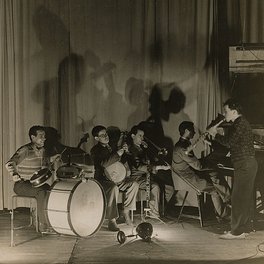 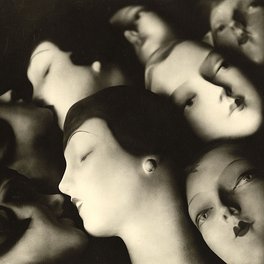 Supported by generous assistance of fourteen patrons and sponsors, the Berlinische Galerie, the Sprengel Museum Hanover and the Bauhaus Dessau Foundation could purchase 39 works, which are part of the complete UMBO estate.

The complex purchase deal was pushed forward with tireless commitment by Galerie Kicken, Berlin, together with the artist's daughter, Phyllis Umbehr, and her husband, Manfred Feith-Umbehr, as well as the German States Cultural Foundation (KSL). Generous assistance was given by the Federal Government Commissioner for Culture and the Media, the Ernst von Siemens Art Foundation, and the German Lottery Foundation Berlin, among others. UMBO's works are a substantial gain for the collections of the three museums. For the Berlinische Galerie, his work from the 1920s and the early 1930s offers a representative picture of a culturally significant period of the Weimar Republic, maybe the most important years of modernism in Berlin. For Hanover, the purchase signifies the reclamation of a piece of the city's art history. It also constitutes an important new cornerstone and a high-profile expansion of the photographic department, especially with regard to the history of photojournalism. The Bauhaus Dessau Foundation receives the part of the UMBO estate that is directly related to photography at the Bauhaus. The UMBO works significantly strengthen the photographic section of the collection.

UMBO assigned the exclusive agent's rights to his works from before 1945 to Gallerie Kicken, which also received UMBO's photographs from Paul Citroen's estate. For several decades, Rudolf Kicken was unstinting in his efforts to secure the preservation of the complete body of work in a way that would make it accessible to the public. He worked on this project in close collaboration with the artist's daughter, Phyllis Umbehr, who owned another part of the estate with her husband, Manfred Feith-Umbehr. They made all these works available for study, which enabled art historian Professor Herbert Molderings to write a seminal monograph on UMBO. In 2000, the collector Thomas Walther acquired a significant part of the artist's estate. He too was interested in making this acquisition available to a German museum in the long term. The purchase of the works by the three museums was the fruit of seven years' preparation. Not only did financing have to be arranged, but also the details of bringing together items from the three different provenances. In addition, Phyllis Umbehr's donation of a large quantity of related archival material now allows the comprehensive scholarly appraisal of UMBO's oeuvre.

The three museums concerned have agreed to undertake the scholarly appraisal and dissemination in close cooperation and to make their parts of the collection mutually available. A joint exhibition by the three institutions is planned for 2019, focusing on the main subject areas in each case.

The Bauhaus Foundation Dessau thanks the supporting patrons and sponsors

The purchase has been made possible with great engagement of many patrons and sponsors. For the works, which will pass on to the collection of the Bauhaus Dessau Foundation, we want to thank the German States Cultural Foundation (KSL), the Hermann Reemtsma Foundation, the Fritz Thyssen Foundation, the Wüstenrot Foundation and Lotto Sachsen-Anhalt. The complete portfolio could be purchased with the assistance of the Federal Government Commissioner for Culture and the Media and the Ernst von Siemens Art Foundation.