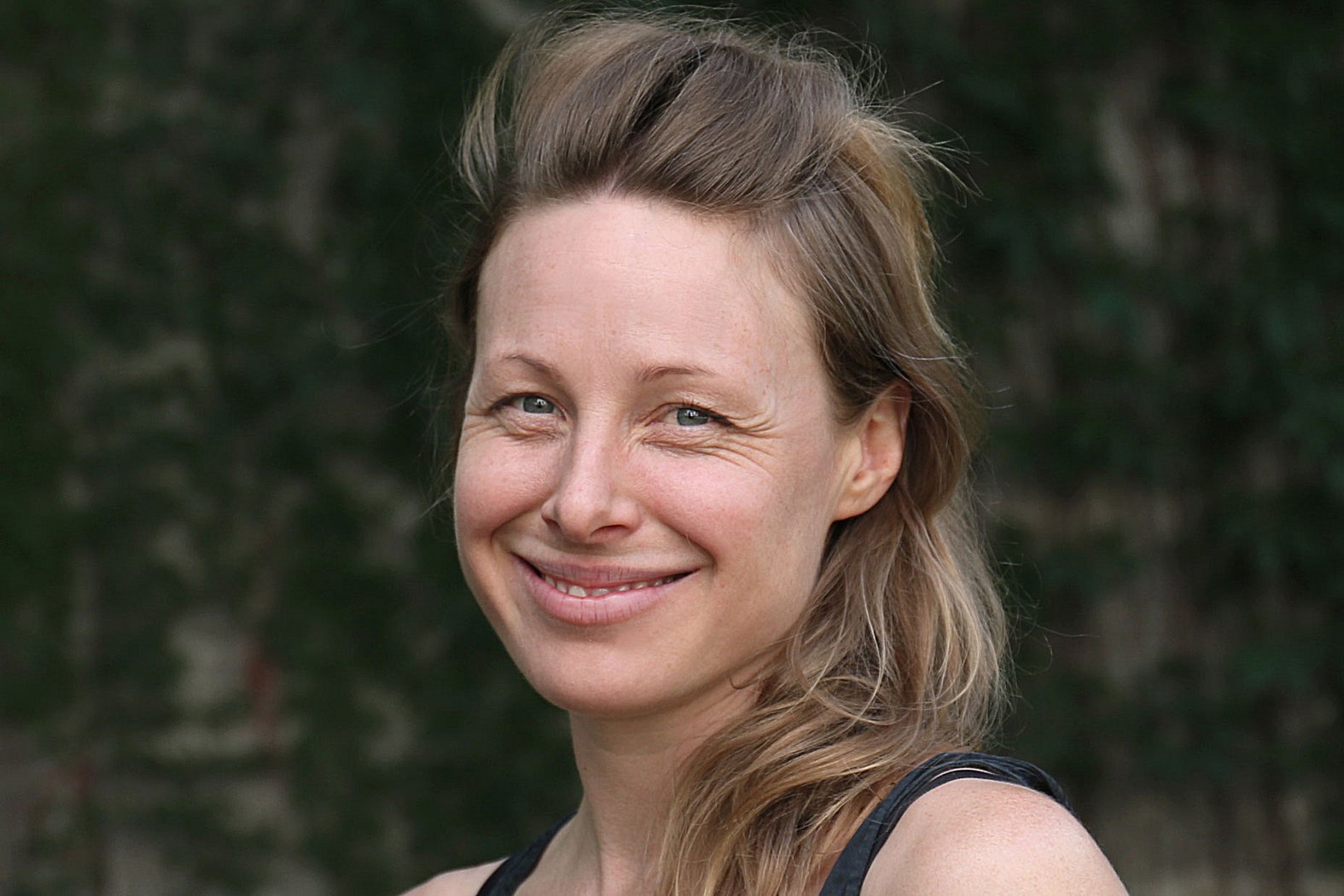 For the past two years, Bitterfeld has served as a case study for my practice-based design research on the topic of toxicity and methods of contaminated site remediation at Bauhaus University Weimar. The tandem scholarship therefore naturally located me there right away thematically, geographically and in terms of approach, and offered an opportunity to submit an application together with Stephan Thierbach. Thierbach and I met in 2019 through the first version of Der Schweiß der Erde and have since been looking for opportunities to further develop the work in the context of Bitterfeld as an artistic strategy.

In my research project Toxic commons – transmediating industrial legacies, I am dealing with the term “legacy”. I am trying to design new approaches and methods that give industrial residues and their often invisible contexts a more understandable form. I believe that it is very important today to look at post-industrial landscapes not only as material legacies, i.e. chemical residues of toxic industrial productions that need to be cleaned up. But the task is to promote methods of multidimensional thinking in order not to lose the social and spiritual traces. Multiple changes require that the relationships between people and their environments must also be renegotiated again and again. The redevelopment of post-industrial landscapes is often approached in a very scientific way and divided into the various disciplines. However, the problems are much more complex and dynamic than can be presented from one perspective. Change is constant and human relationships with the environment must remain alive and constantly be reshaped for holistic transformation to succeed. In my opinion, art can offer spaces for precisely this because it can provide new narratives in which these changes can be formulated. Translated into academic research or the scientific approach to the topic of “remediation of contaminated sites”, this means that we first have to name certain dimensions in order to then be able to solve them together and in an interdisciplinary way. Only what is tangible and visible can serve as the basis for a joint transformation.

What has been your most exciting experience on site so far?

The tandem scholarship has made it possible for us to quickly and easily enter into a deeper exchange with contemporary witnesses in Bitterfeld-Wolfen. I find that extremely enriching, and that is precisely the social component that makes up my interdisciplinary work. These encounters cannot be planned and cannot be repeated in any laboratory. Nevertheless, they are so important for the work. The transformation of Bitterfeld-Wolfen becomes a very nuanced story with these encounters and is at the same time a testimony to the resilience of its inhabitants. While working on the scholarship, it has become clear how many changes and disruptions both landscape and inhabitants have to digest.

How can you situate your own work in the context of the Festival OSTEN?

The method of cooking with earth that we use in our project Der Schweiß der Erde can be placed very well in the context of a festival that makes “encounter” its main motif. This is exactly what we want to achieve and stimulate with our project. During the cooking process developed by Stephan Thierbach, we start a critical discourse between different forms of knowledge and slowly establish new connections that are not immediately visible. Cooking with earth is a very grateful method for this because it draws people and their senses to it and opens them up for exchange. In this way, encounters can take place that would otherwise not happen. 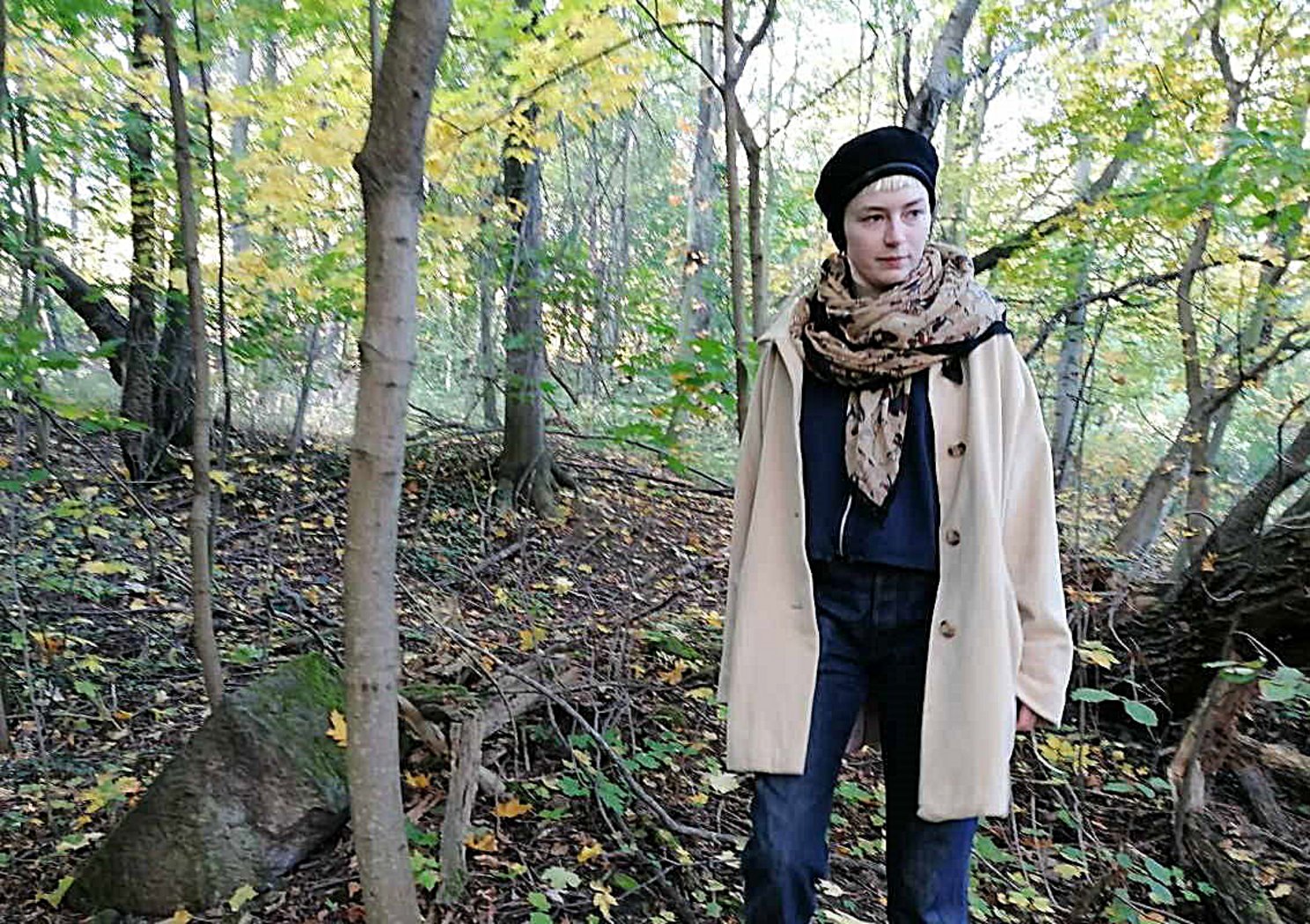 First of all, I am interested in new attempts at collaboration between the arts and sciences. In view of global challenges of common survival on our planet that do not move within the disciplinary boundaries in which we humans work, these attempts have great potential and also the responsibility to develop new strategies that can produce and distribute knowledge and approaches to solutions. Likewise, the Goitzsche landscape art project in Bitterfeld-Wolfen in particular is one of the most tangible examples of how the dichotomy of “nature and culture” or “natural and artificial” is increasingly fading. I was curious to look beyond romantic notions of “nature” to see what potential there is in recognising and experiencing this state of affairs, after the much faster and crueler environmental pollution that occurred in Bitterfeld’s landscapes in GDR times, and the attempt to learn from it since then.

The boundary between science and artistic work is historically more closely interwoven than is often first thought. Both are processes of knowledge production and transmission. The only question is what is included in the concept of knowledge. The scientific disciplines have very clear guidelines, whereas artistic strategies can often deal with it more freely. Since many changes are happening very quickly at the global level, the arts have the possibility to react more flexibly and to make new worlds of thought and experience possible. I also see my artistic work as a medium for making existing research results tangible and perceptible. This is often also about my own learning processes and about sharing them.

What has been your most exciting experience so far on site in Dessau at the Bauhaus and in Bitterfeld-Wolfen?

I wouldn’t like to prioritise and would rather emphasise how fluid the process of getting around and experiencing things was. A lot of knowledge has already been collected in books, but a lot is still dormant in the minds of the people on site and above all in the experiences with the people. But I was particularly impressed by the encounters with the atmospheres of the landscapes. And I know that numerous other exciting encounters still await me, such as a dive in the Goitzsche: I wonder what the Bitterfeld sea feels like from the inside?

How can your own work be located in the context of the Festival OSTEN?

During the festival, my work will be on display and can be experienced at the former bus station of the chemical park on Zörbiger Straße. Above all, there will be a clear reference to the works of the other tandem scholarship holders, as they have worked thematically in a similar way. In addition, the works of the tandem scholarship holders will link the themes of eastern Germany in general more concretely with the venue Bitterfeld-Wolfen and its landscape history. 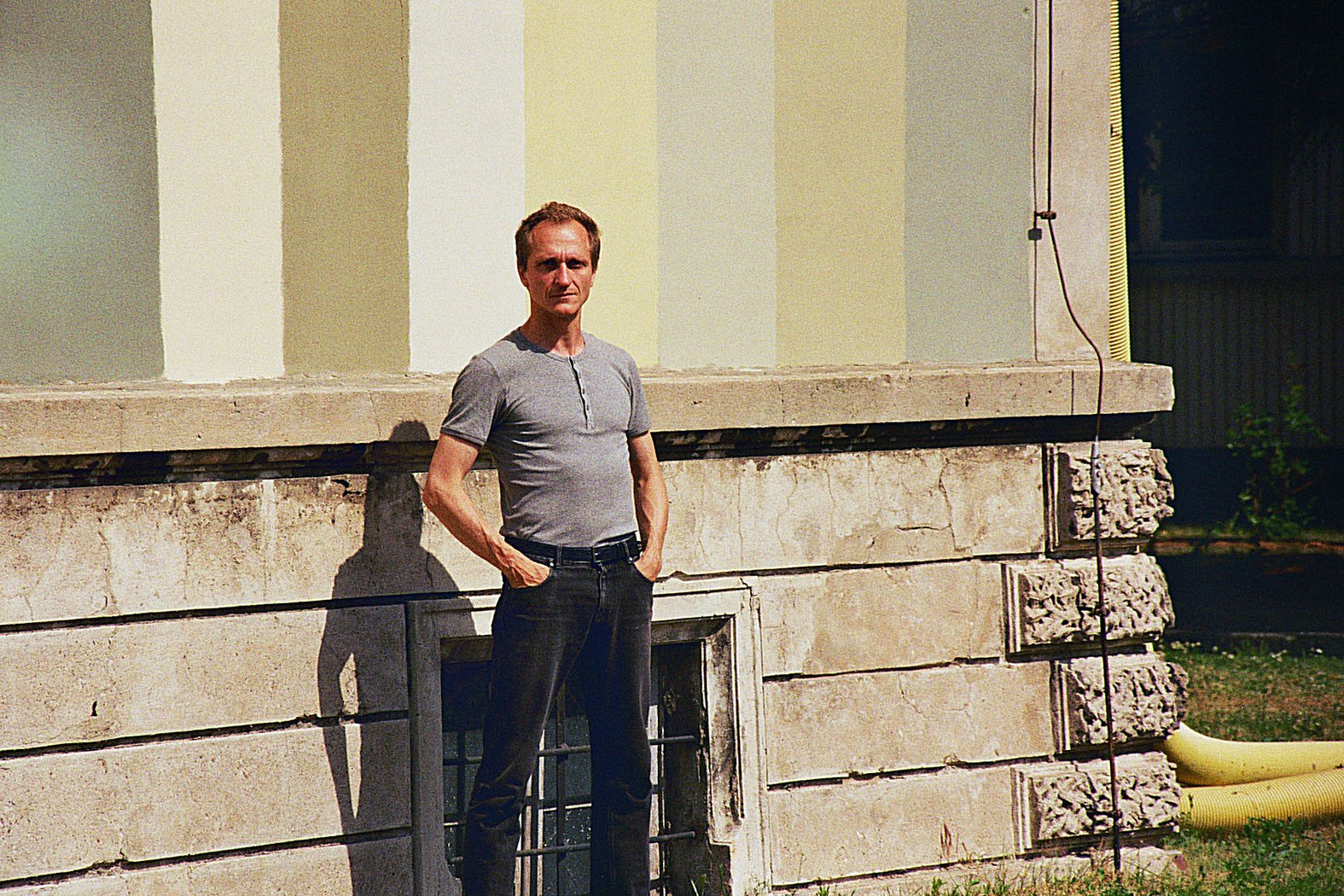 The call for applications and the cooperation between the Bauhaus Dessau and the German Environment Agency are creating new synergies and I very much hope that such transdisciplinary spaces for thought and action will continue to establish themselves. For me, this is a double tandem scholarship, as I applied in collaboration with the researcher and curator Caroline Ektander. We are working on and interweaving an artistic and a scientific perspective on local soils, their history and protagonists. The project Der Schweiß der Erde is a performative, artistic method that has already been applied to the Rieselfelder in the north of Berlin-Pankow and the Ruschdahlmoor near Bremen. Among other things, a scent of earth is created in a joint cooking process. Here on site, we are pursuing the question of the biographical and “toxic legacy” of the industrial region of Bitterfeld-Wolfen, which has existed since the mid-19th century.

I always start from searching and from not knowing. How did something become what it is? I am interested in the genesis of things that seem to be taken for granted, but also in things that I may feel uneasy about. Science, in the best sense of the word, works in a similar way: not knowing something yet, the search, the doubt, the willingness to be wrong, to learn something new. In connection with this, research is its own process of change, including that of the seeker himself.

What has been your most exciting experience so far on site in Dessau at the Bauhaus and in Bitterfeld-Wolfen?

All the actors I have met so far have a very differentiated view of their past when asked detailed questions and listened a little longer. Many told me about the simultaneity of opposites in their biographies. Right at the beginning of my time, I made a small, aimless day tour through Bitterfeld and had quite an ambivalent experience that alternated between toughness and open-mindedness. From about 6 pm I asked various people on the street for a pub. Many didn’t know any more or didn’t go to pubs. “There’s a shisha bar.” A couple of teenagers. “I could google for you?! Wait a minute.” We chatted for a while, including one guy’s many tattoos. Topless. He was certainly under 16. On his chest a huge “middle finger”, above it “THANK YOU FOR NOTHING!”. “Stung my mother” and pointed to the woman at the back of the window. “Ah, this is where you could go …” I am very excited about the festival and the many projects that offer opportunities to meet. Our project also works with presence, from us as artists and from the participants, so that connection and exchange can arise.

How can your own work be located in the context of the Festival OSTEN?

In addition to the research-based, cognitive level, I try above all to create sensual access to my work. It is important to me that the work is inviting to the point of engaging, that it is difficult to escape it to a certain extent and that it thus penetrates into the physical. I see a participatory approach in a large part of the festival contributions. The festival also brings together a lot of collaborative art. It is not an invasive show in a “cool” place, but stimulates local connectedness in a longer-term framework. That’s why the connection with the two-month residency at the Bauhaus in the run-up to the festival fits so well, because it really allows me to live on site here for a little longer. In addition, I prefer and work best in a collaborative mode, as I have done for many years with the Bremen artist Felix Dreesen and now with Caroline Ektander.

I would be very happy if the Kulturpalast became a comparably lively meeting place like the multi-generation house in Wolfen. Furthermore, it would be exciting if something like an “iconisation” of Bitterfeld were to occur. So that, just as “Dessau” makes you think of “Bauhaus”, “Bitterfeld” automatically makes you think of “environmental rehabilitation”. The Bitterfeld region as an example of “letting it heal”. “Healing” without the illusion that something can be repaired as it was before, but nevertheless in the sense of an active, successful rehabilitation of the social as well as “natural” environment. And “letting” in the sense of “just letting it be”, as is already happening constructively in the Goitzsche wilderness, for example. In 30 years, 2052, will be the 100th anniversary of the Club of Rome report “The Limits to Growth”. That would be a good time, if by then “Bitterfeld” has become a household name for a second time. This time, however, it will no longer be associated with an almost 200-year history of industrial overexploitation and the poisoning of “nature”. Instead, it is a new term that stands for a present culture of remembrance regarding the destruction of the environment and a new, unifying earth consciousness. The Festival OSTEN, which hopefully will still exist, would be a suitable starting point for such a possible development. Thank you for your asking.