With the Open Stage at the ground floor of the Bauhaus Museum Dessau, there is a new place for meetings and exchange in the city centre. In the Arena Blind Dates series, the Bauhaus Dessau Foundation invites clubs, institutions, independent groups and individuals to present their hobbies, activities and commitment to the museum audience. The range of event formats is as diverse as the spectrum of civil society actors in the city and region, and ranges from dance to readings to circus performances. It is all about trying out new things, getting involved in experiments and letting others participate.

Basing on Carbon – Poison or Lucky Strike?
A small C-Revue of the Forum Rathenau e.V.

Carbon as an energy source, as synthesis elements, as future materials will also determine the post-fossil energy and (plastic) material age. The Forum Rathenau e.V. presents the carbon cycle of the future to the visitors of the Bauhaus Museum Dessau and discusses the question: Carbon – poison or lucky strike?

The children and youth circus Raxli faxli presents a colourful circus programme with the most diverse performances. Juggling, unicycling, running ball balance, acrobatics, diabolo, hula-hoop, Rola-Bola and plate spinning are demonstrated. In between the performances the audience can try out themselves and try to outwit gravity or make the diabolo dance while juggling with the cloth. Free ring for Raxli faxli at the Bauhaus Museum Dessau!

With their event Political Arena, LAMSA e.V. enters the Open Stage at the Bauhaus Museum Dessau: Representatives of migrant organisations, local politicians and representatives of professional associations come together to discuss various topics. On 25 February the topic will be the participation of migrants in the local context. The audience is cordially invited to listen and discuss.
An event within the framework of the programme "Democracy and Diversity", sponsored by the Federal Ministry of the Interior and the State Ministry of Labour, Social Affairs and Integration of Saxony-Anhalt.

In Marcus Pfister's book, the rainbow fish with its shimmering scales is the most beautiful fish in the entire ocean. But since it is also vain and proud, it becomes increasingly lonely with time. Then it realises that you cannot win friends through beauty. It overcomes its pride and begins to distribute its glittering scales to the other fish.

The book deals with topics such as vanity, loneliness, belonging and exclusion. It is read out multilingually in German, Russian and Arabic. Children from the age of 4 are looked after during the event, they can paint while listening and let their imagination run free. Those who wish can print their own fabric bag using screen printing.

An event of the Landesnetzwerk Migrantenorganisationen Sachsen-Anhalt (LAMSA) e.V. in cooperation with the Bauhaus Dessau Foundation

On this series of events: 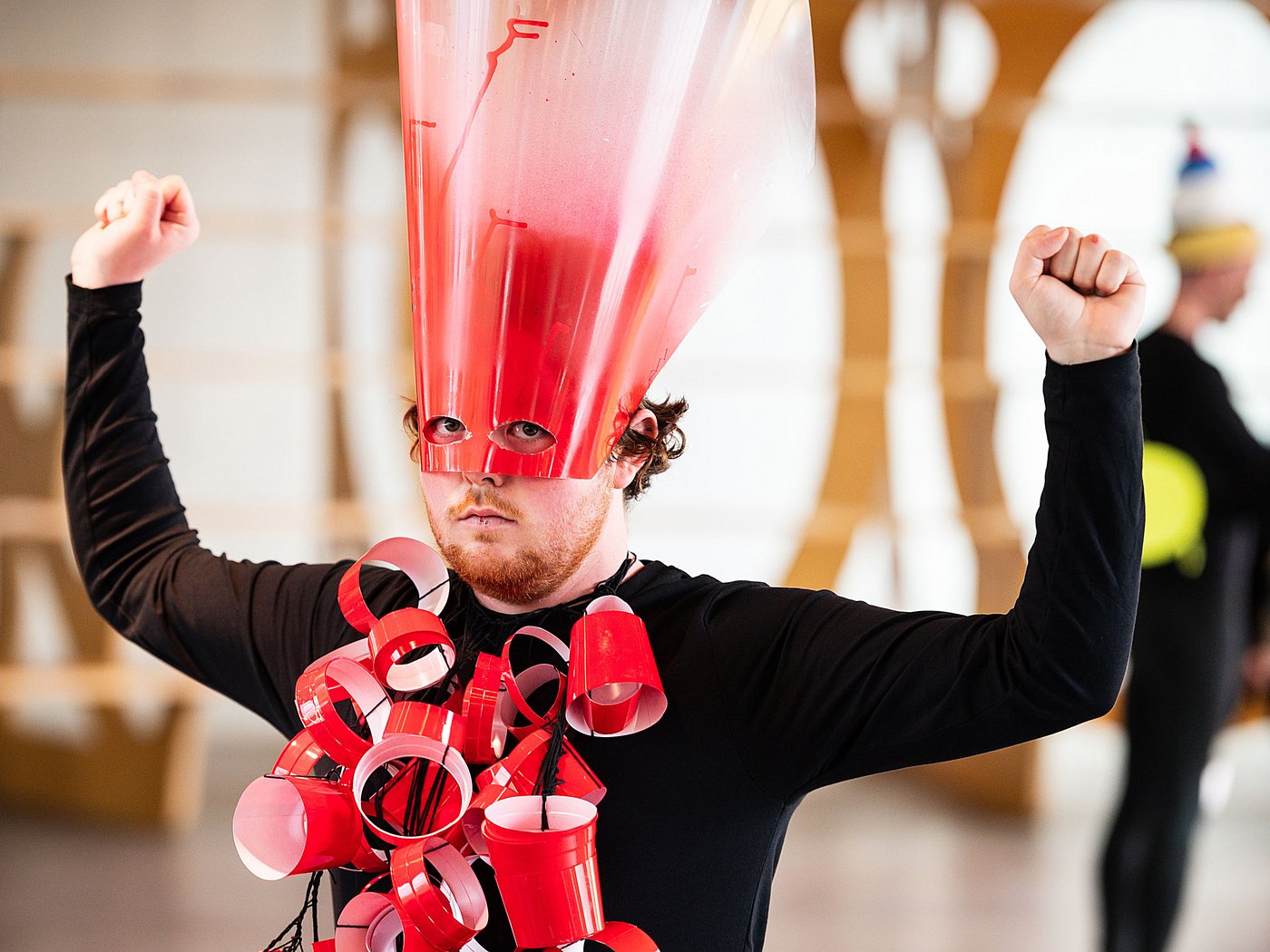 Your theatre group is looking for new members and audiences? Your class is organising an art project and needs a place to perform? You’re living nearby the Bauhaus Museum Dessau and you would like to tell about the development of the inner city in the last few years? You’re committed to intercultural exchange and you want to show your work to the public? Or is dancing your passion and you’d like to share it with others? Maybe you’re good at some kind of handicraft only less still perform and you want pass that knowledge to others? Your short stories and poems are always hidden in the drawer and this shall finally change? Is your band waiting for a chance to get finally out of the rehearsal room?…

…Guess you’re lucky! With the Open Stage in the Bauhaus Museum Dessau, there’s a new place for such activities. The ground floor of the museum with Rita McBride’s Arena is offering a space for new encounters and exchange. All this in the in the city centre of Dessau. We want to invite associations, institutions, independent groups and individuals to present their hobbies, activities and social or cultural engagement to the museum visitors in the event series Arena Blind Dates. Don’t worry: It doesn’t have to be perfect. We just want to motivate you to try something new, to experiment and to let others be a part of it.

The Arena Blind Dates start on 14 January 2020. The events will start at 5 p.m. in the Open Stage at the ground floor of the Bauhaus Museum Dessau. Admission free!

We would be pleased about creative suggestions from Dessau-Roßlau and the surrounding for events to join in, debate or to just watch. If you’d like to take a part in the series, please contact the project team, namely Kilian Gärtner, Susanne Mittmann, Philipp Sack and Jutta Stein by sending a message to: glueckstreffer@bauhaus-dessau.de

We’re going talk over and decide together with you in which format and on which date your event can take place, who takes over which tasks and how we’re going to do the public relations for your event.

The organiser reserves the right to make use of its domestic authority and to deny access to the event to or exclude from it persons who belong to right-wing extremist parties or organisations, belong to the right-wing extremist scene or have already appeared in the past through racist, nationalist, anti-Semitic or other inhuman statements.